Workshop about the intersection of dance and new media technologies.

The 3-day workshop "Dance and Technological Interfaces", created by studio Abstracto together with Tulio Cassio, from the dance group O SOMOS, happened during the 2019 edition of Ocupar Espaços, an audiovisual occupation at the Center of Youth Reference (CRJ), organized by the NGO Oficina de Imagens.

The idea of the workshop was to introduce the technical possibilities of the integration of new media into dance presentations which culminated in a group performance using a Leap Motion and Moving Heads controlled via DMX.

On the second day we experimented with the Augmented Reality project "Carimbo Corpo", from O SOMOS. I also took some experiments I made using Kinect and TouchDesigner. Other experiments only used a simple webcam as an input. At the end of the day, Tulio brought some movement concepts from William Forsythe that we integrated with some graphs of the Moving Heads movements.

On the last day the whole group presented a dance improvisation with the techniques we explored the day before.

My role in this project was creating the workshop with Tulio and Marcelo, from Abstracto. I also created the system that controlled the DMX Moving Heads that I cover on this other project post [coming soon]. 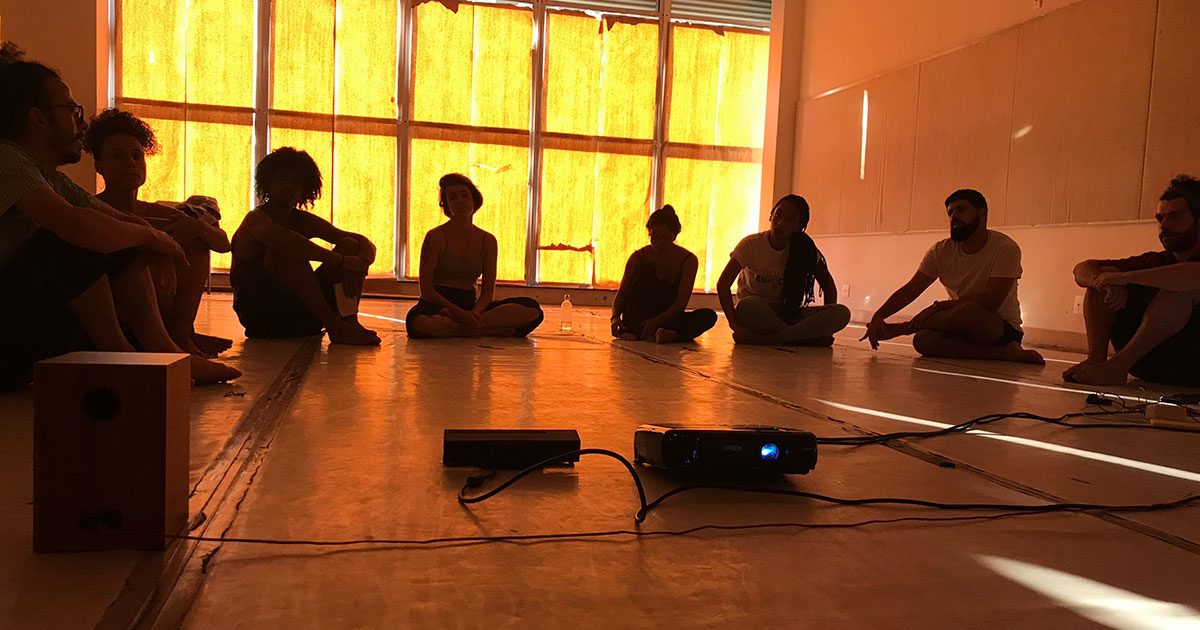 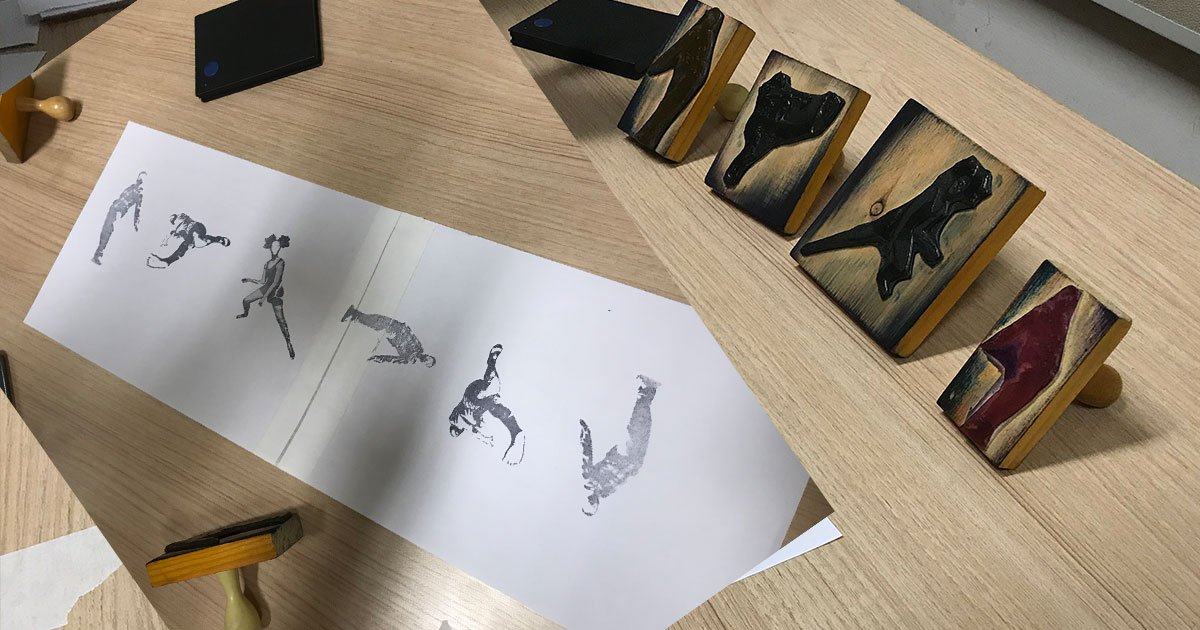 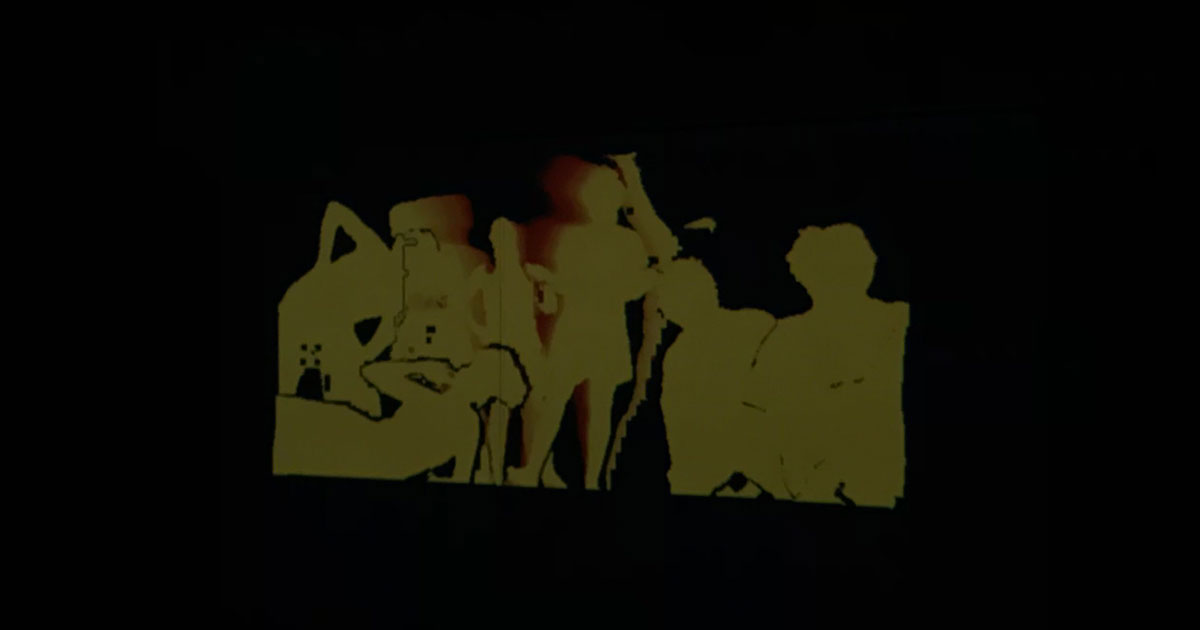 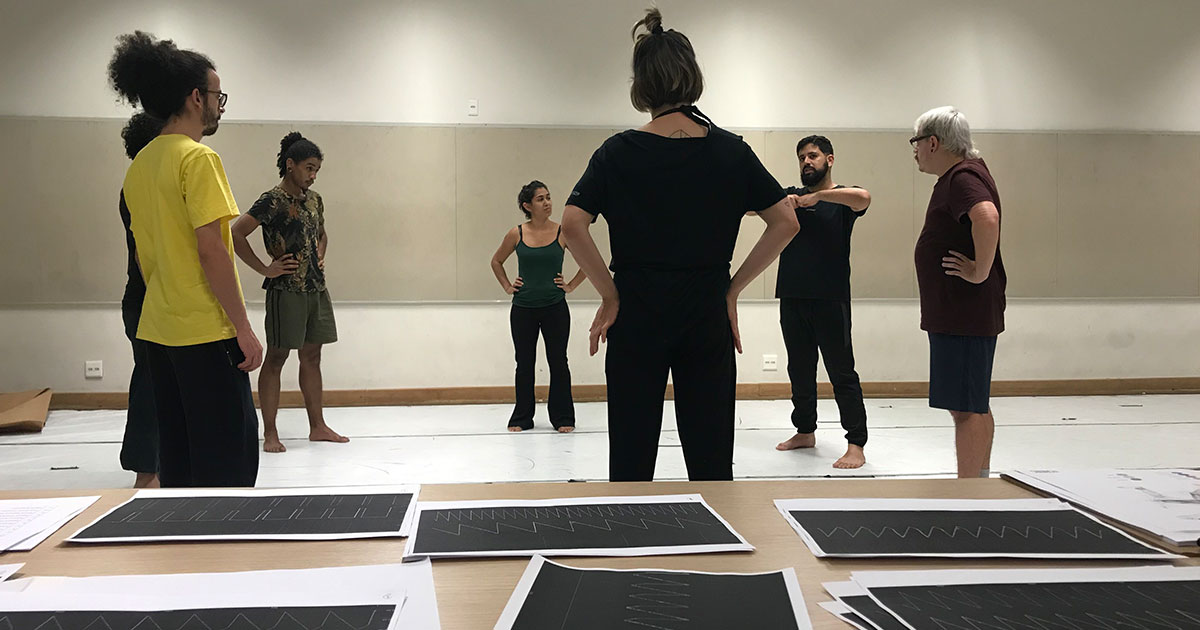 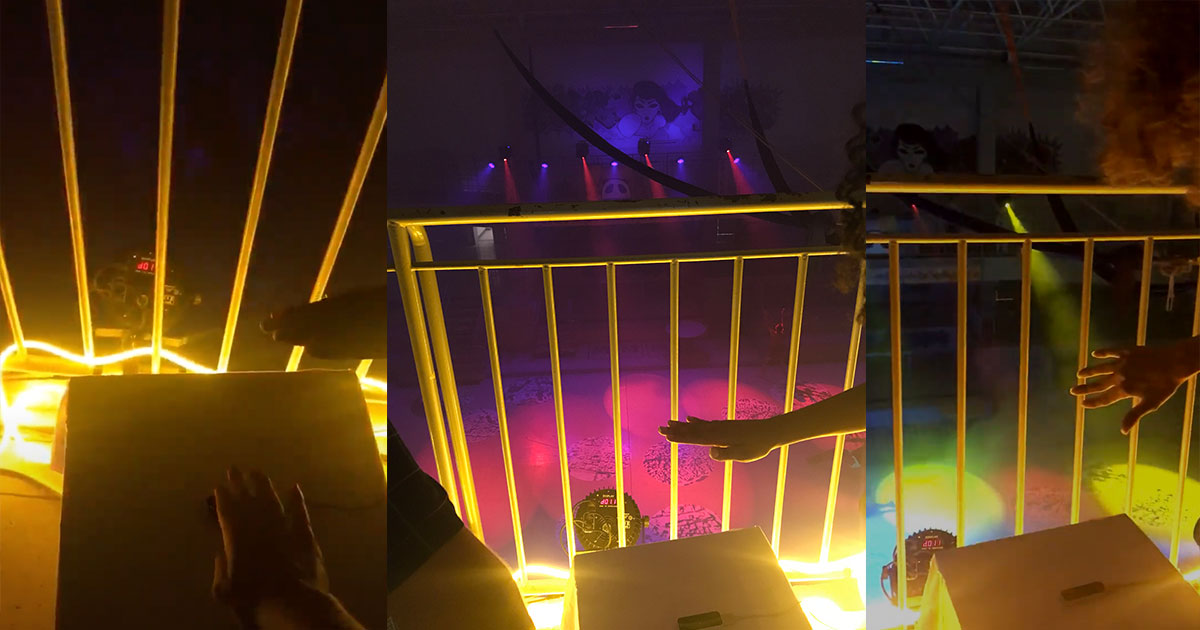 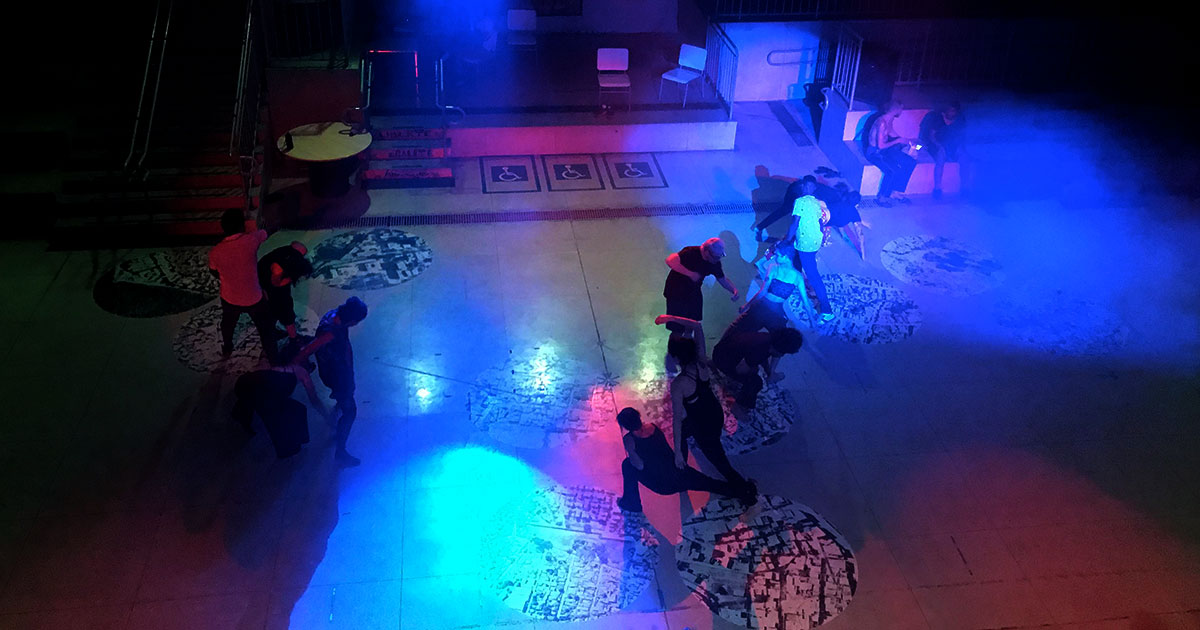 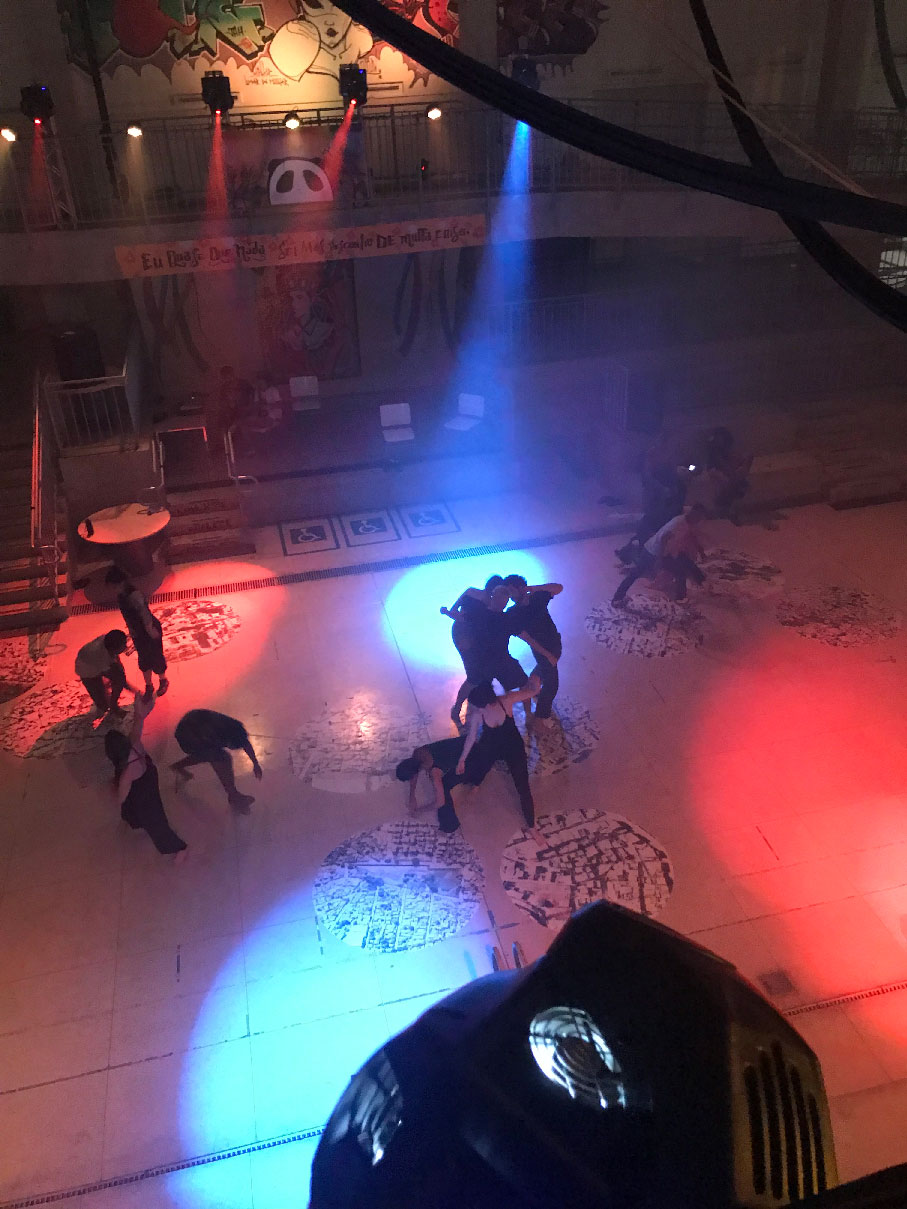 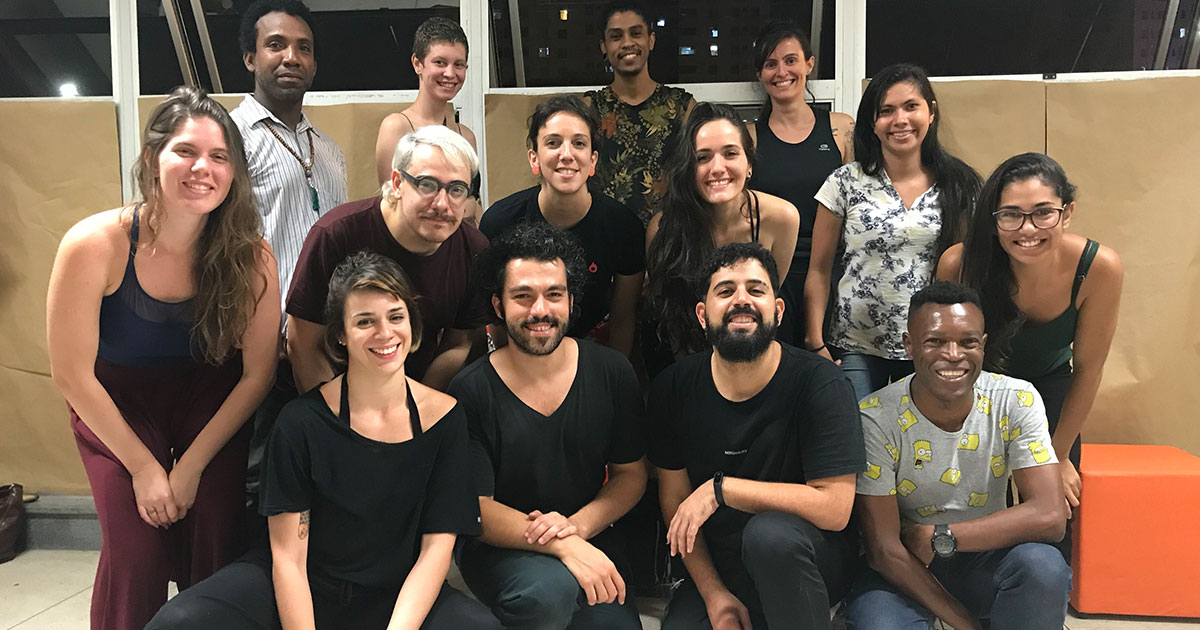