Emojis on the Facade

During a workshop entitled "Encounters and Movements of Encounter", several participants were guided by André Afonso with the goal to create a public intervention on the theme of urban mobility using the media facade of the Knowledge Space of UFMG (Federal University of Minas Gerais). In three days we created a live visualization of the level of occupation of the buses passing by the media facade.

After the intervention we wrote a paper about the project, published at "PerDis '17: Proceedings of the 6th ACM International Symposium on Pervasive Displays". You can read the full paper here. It's abstract:

This paper describes the experience of a workshop in Belo Horizonte, Brazil, in which the participants explored emojis to transmit site-specific content on a media facade. The question was how to use the media facade to communicate a broad urban issue in a friendly, site-specific way. Exploring the theme of Belo Horizonte's public transport, the participants developed an urban signage system that transmits, in real time, the level of occupancy of the buses passing by the media facade. Observations and interviews conducted in the area reveal that emojis were successful visual elements to attract people's interest and curiosity. This project highlights the potential of exploring social media graphics in media facades to communicate city-wide topics in a more accessible and friendly language.

My role on the project was working on the technical side (with others from the team), creating the visualization in Processing and connecting it with a simple TouchOsc interface. 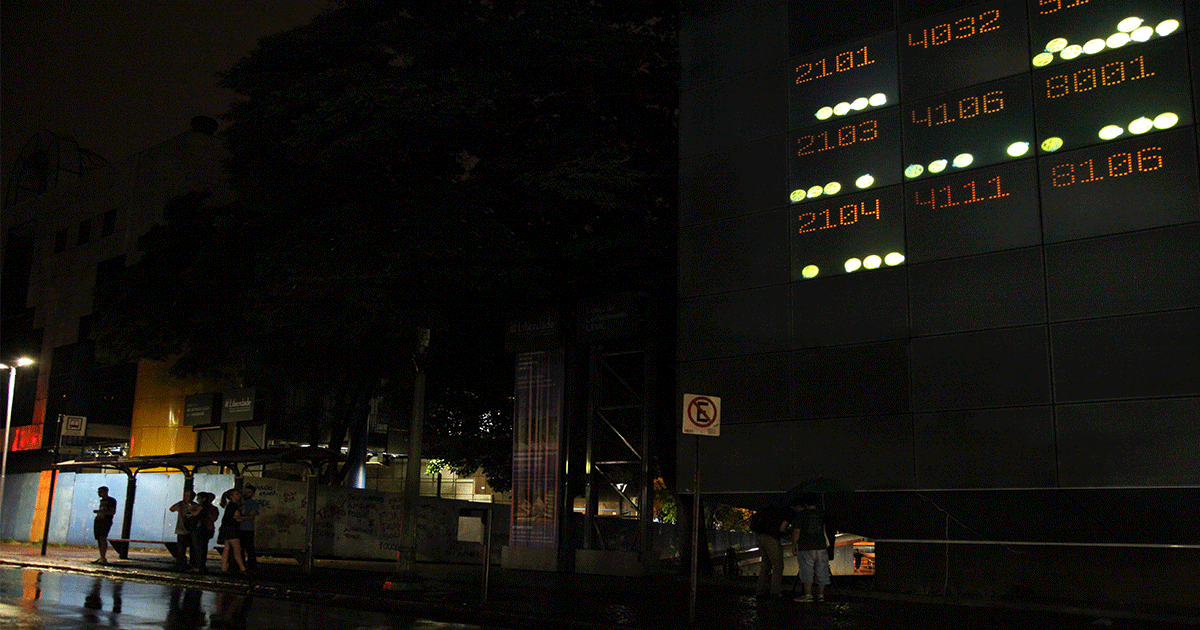 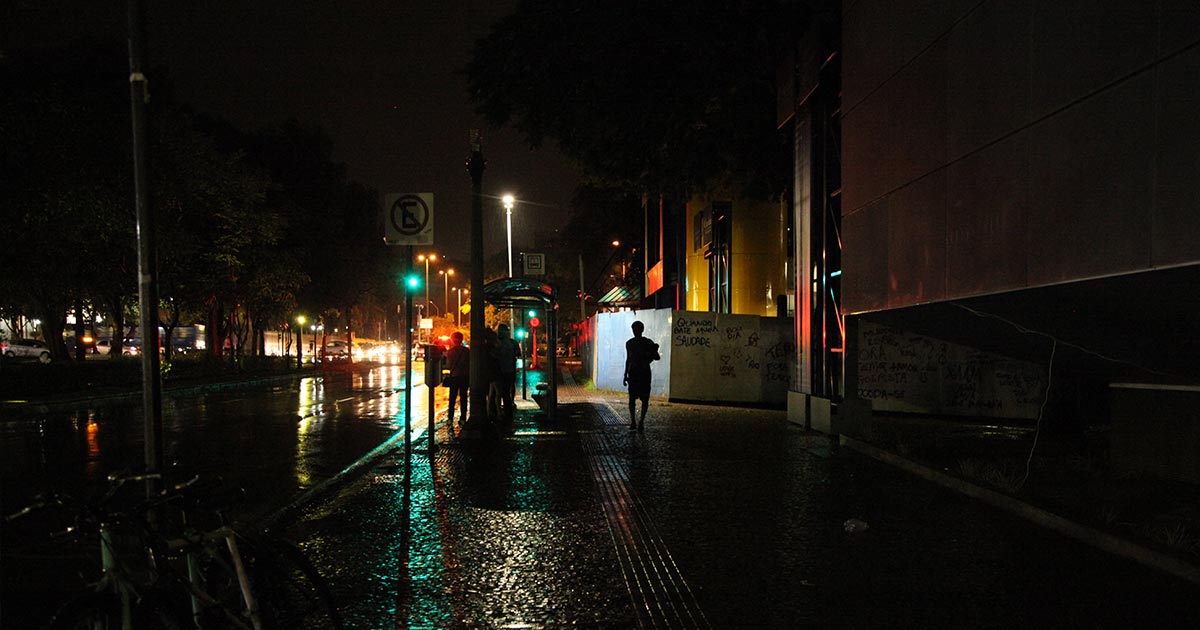 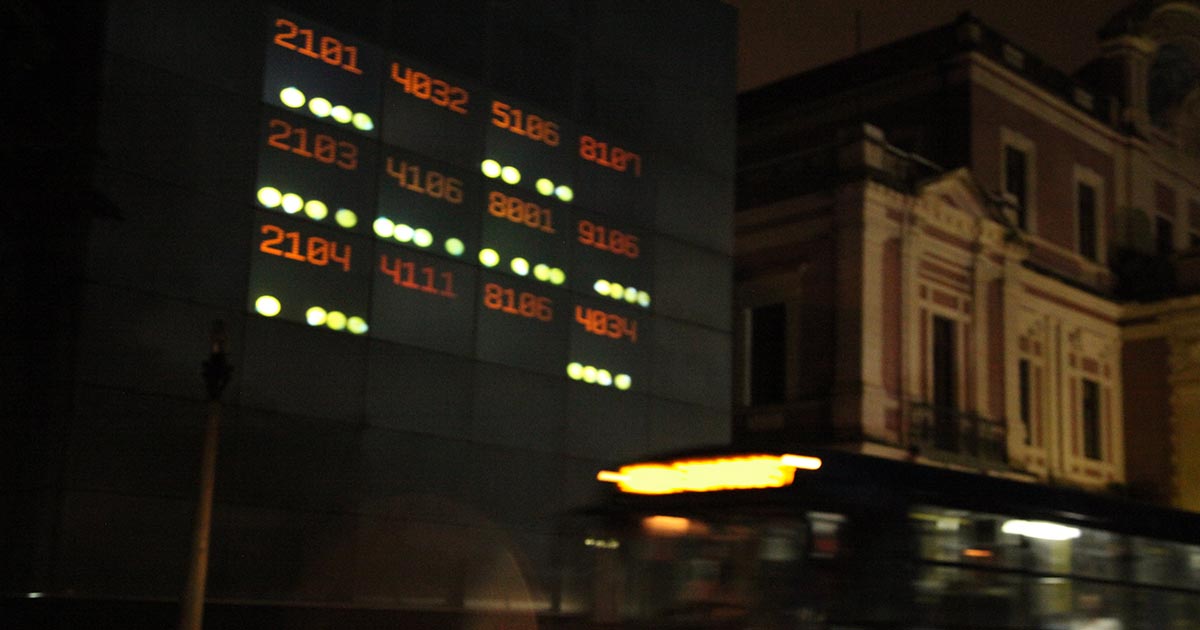 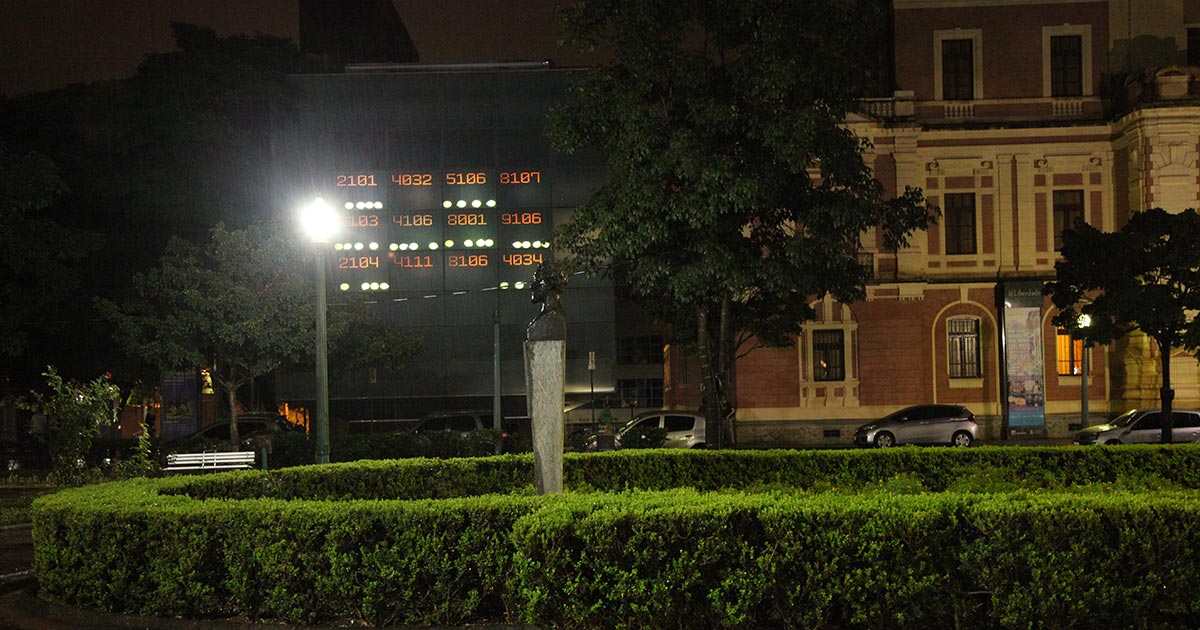 Encounters and Movements of Encounter