During Rio2C a Hackathon was organized around the theme of "Smart Cities" where participants had two days to develop a creative solution that used Virtual Reality, Augmented Reality, Artificial Intelligence or any other kind of new technology.

Together with Marcelo Padovani and Lucas Sallum, we created "#nossacidade", that can be translated to "#ourcity", an Augmented Reality app that gives voice to the population in order to claim changes in their cities. With the app users could add virtual objects in their city and share that idea with their municipality and the world. We decided that "Smart Communities" was stronger that just "Smart Cities", focusing on a bottom-up approach for city improvement. This was the description we submitted for the Hackathon:

"#nossacity is a collaborative platform that allows the population to demand specific changes in their city. Through the app each user can position three-dimensional objects in their city using Augmented Reality, and, once positioned, it's possible can take pictures of the place with the object, and post them on social networks. As a result, the platform creates dialogue between the city's population and the public and private sectors. Through Augmented Reality technology, citizens empower themselves as decision makers about changes in their cities, as a smart city must start from a smart community."

My role in this project was developing the Augmented Reality app in Unity together with the team in two days. 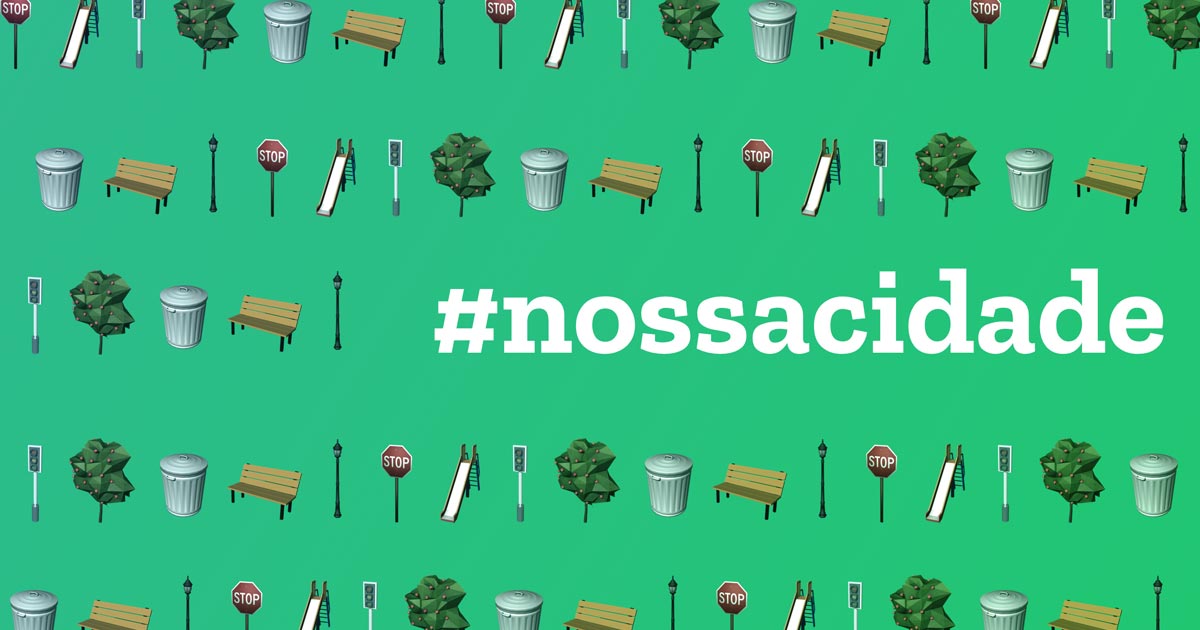